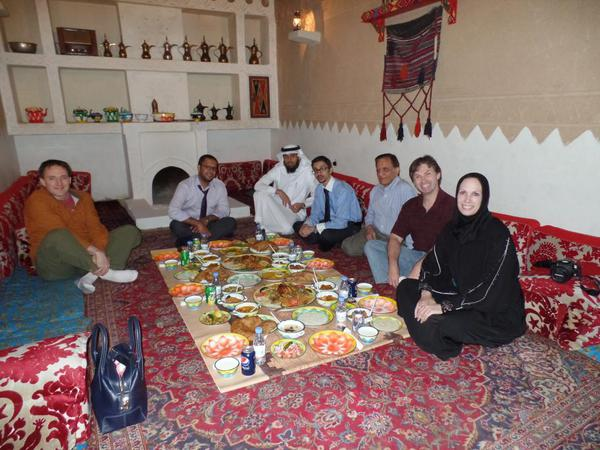 Ramadan is the ninth month of the Muslim calendar. the month of Ramadan is also when it is believed the holy Quran was sent down from heaven, a guidance unto men, a declaration of direction and a means of salvation" it is during this month that Muslims fast. It is called the fast of Ramadan and lasts the entire month.

Ramadan is a time when Muslims concentrate on their faith and spend less time on the concerns of their everyday lives. It is a time of worship and contemplation. During the fast of Ramadan strict restraints are placed on the daily lives of Muslims. They are not allowed to eat or drink during the daylight hours. Smoking and sexual relations are also forbidden during fasting. At the end of the day the fast is broken with prayer and a meal called the iftar. In the evening following the iftar it is customary for Muslims to go out visiting family and friends, the fast is resumed the next morning.

During Ramadan, it is common for Muslims to go to the Mosque and spend several hours praying and studying the Quran. In addition to the five daily prayer, during Ramadan Muslims recite a special prayer called the taraweeh prayer(night prayer). The length of this prayer is usually 2-3 times as long as the daily prayers. some Muslims spend the entire night in prayer.

During this time, air freight shipping  service also have somthing different from daily.

Total of 48 countries are concentrated in western Asia and northern Africa (Arab countries, Central and West Africa, Central and West Asia, and Pakistan are connected together). Half of people faith Islam which in Lebanon, Chad, Nigeria, Bosnia and Herzegovina and Malaysia .

In 2018 Muslims Ramadan is during 16-May to 15-Jun, the country where Ramadan is located serves as a huge market, exports will increase sharply. Air-supply remind all exporter make a plan advance to avoid the additional fee at destination because their working hours have been shortened.